Buff Orpingtons have a very placid, friendly and docile nature, one that is tolerant of being handled. They are one of the best birds for the first time keeper and for those with children – ­an ideal ‘pet’chicken.

It is a fairly hardy breed but needs protection in wet weather ­ – their heavy soft feathering can get waterlogged!

They don’t like very hot weather so will seek out shade. They are not agile or flighty and so a 3 foot fence is often sufficient to contain them. 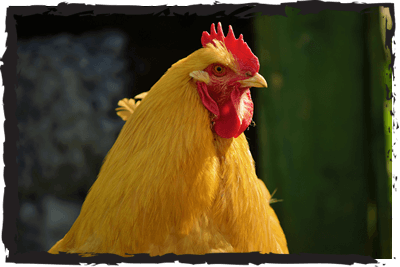 History of the Buff Orpington

This breed was named after the town in Kent where the originator, William Cook, had his farm. He bred the Buff in 1894.

Cook originally intended them to be a dual purpose breed, as they remained in Australia, but poultry breeding in the UK was dominated by the show scene, because that was where the biggest profits were made.

Their profuse plumage undermined their productivity for meat or eggs, but no one cared in a time when a show champion might be sold for a sum equivalent to a year’s wages for a working man.

Although birds look large, don’t be fooled. Their size is actually made up mostly of their thick layer of feathers

Jimmy’s Farm & Wildlife Park is proud to be a member of the RBST, whose mission is to ensure we do not lose the diversity of our native breeds. They do this through a programme of monitoring, saving and promoting the breeding & registration of rare and native breeds.

Find out more about the RBST»

Meet some more of our rare breeds

Have unlimited visits for 12 months, get discounts at Jimmy’s Farm and save up to 50% on admission to lots of other local attractions

We offer a range of experiences at the farm and wildlife park where you can get up close and personal to some of our charismatic animals.

Get updates about our animals, events, special offers and lots more direct to your inbox!

We use cookies to ensure that we give you the best experience on our website. If you continue to use this site we will assume that you are happy with it.OkPrivacy policy
Go to Top